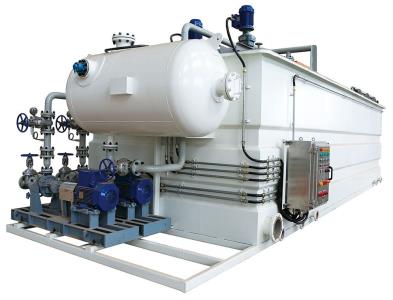 Air flotation separation technology dissolves air into water at certain working pressure . In the process, pressurized water is saturated with dissolved air and is discharged into a flotation vessel. The microscopic air bubbles produced by released air attach to suspended solids and float them to the surface, forming a sludge blanket. A scoop removes the thickened sludge. Finally, it complete purifies the water.

Air flotation technology plays an important in solid-liquid separation. (simultaneously reduce COD,BOD,chroma,etc ). Firstly, mix flocculating agent into raw water and stir thoroughly. After the effective retention time (lab determines the time, dosage and flocculation effect), the raw water enters into the contact zone where microscopic air bubbles adhere to the floc and then flows into the separation zone. Under the buoyancy effects, the tiny bubbles float the flocs to the surface, forming a sludge blanket. A skimming device removes the sludge into the sludge hopper. Then the lower clarified water flows into the clean-water reservoir through the collecting pipe. Some of water are recycled to the flotation tank for the air dissolving system, while others will be discharged. 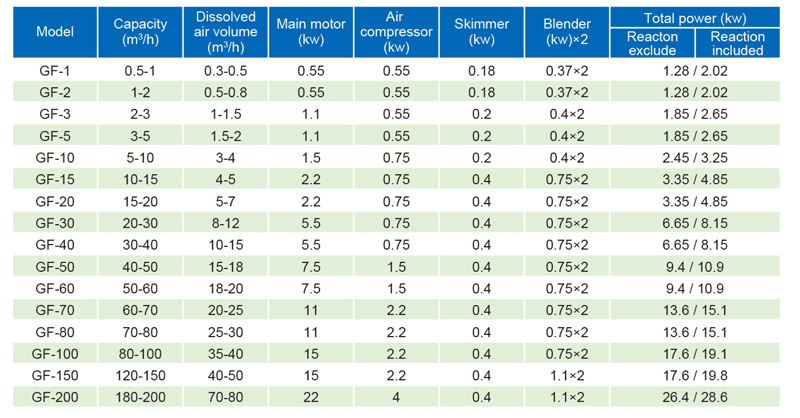